Sailing Through History- Cruises Then & Now 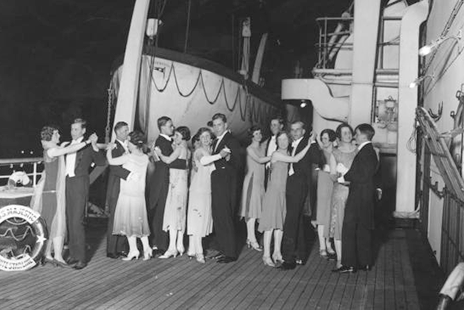 We get it, leisure travel isn't what it used to be. Gone are the days of posh cruise guests milling about the promenade in their Sunday best, or smoking cigars and batting shuttlecocks back and forth across the deck. More opulent to the casual observer, the cruises of times past regularly featured the rich, famous powerful (and sometimes royal) and were often not what one would call "family-friendly".

Well that ship has sailed and a new era of cruising has opened up the experience to the masses. Lets take a look at a few ways thatcruising has changed over the years:

At one point during the 1950s, RMS Caronia wasthe largest postwar passenger ship in the world weighing in at 34,183 tonsand accommodating 932 passengers. Nowadays, Royal Caribbeans Harmony of the Seas takes the title at a whopping 226,963 gross tons and 6,780 passengers. What used to be essentially floating ballrooms, many cruise ships are more akin to floating cities, and feature over a dozen decks, scores of dining and activity options, hundreds of cabins, and more fun than you can shake your little umbrella drink at. 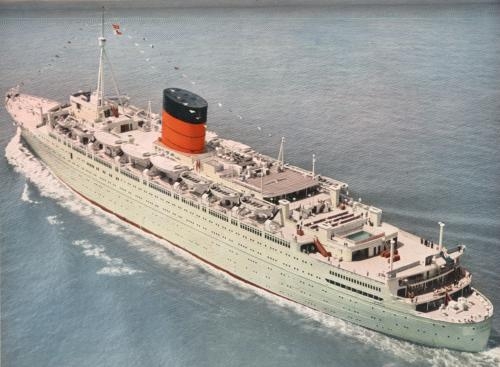 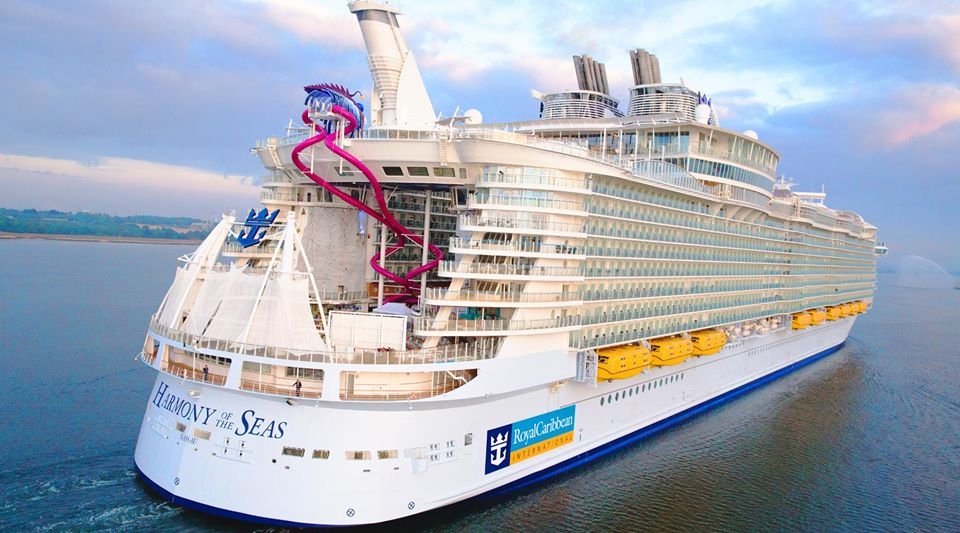 What began as scheduled meal times in decadent central dining rooms has recently given way to 24-hour dining among myriad venues. Gone are the days of the compulsorily tuxedoed crystal-clinking diners sitting prudishly in assigned seats. Now is the age of giant smorgasbord buffets complete with eclectic action stations, and celebrity chef restaurants featuring the talents of celebrity chefs such as Tyler Florence and Curtis Stone. 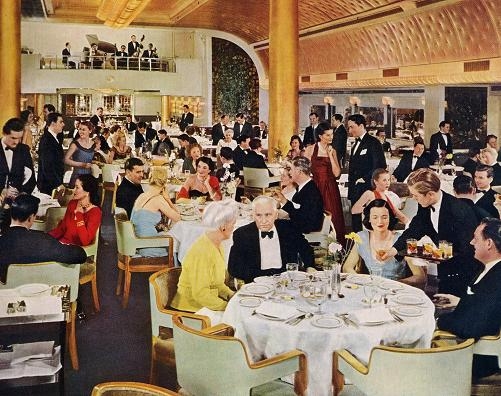 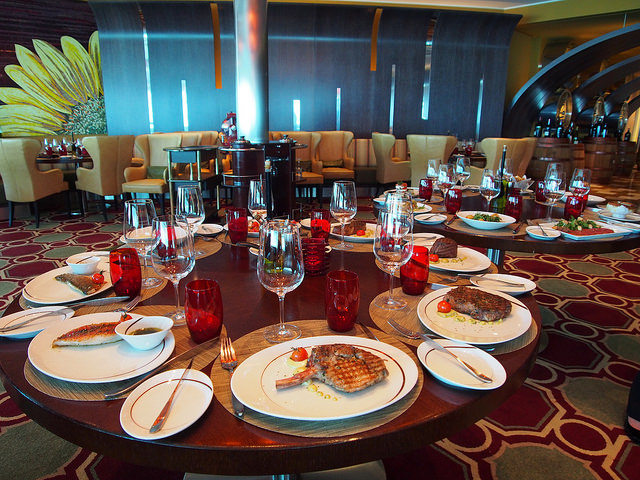 There was a time when fun on the lido deck involved only the simplest of recreational activities; including sack races, deck tennis, hoopla, pillow fights, and shuffleboard. Todays ships are a veritable wonderland of amusement, with diversions including ropes courses, zip lines, waterslides, surf simulators, casinos, karaoke, arcades, rock walls, and miscellaneous sports including golf, basketball, and bowling, to name just afew. 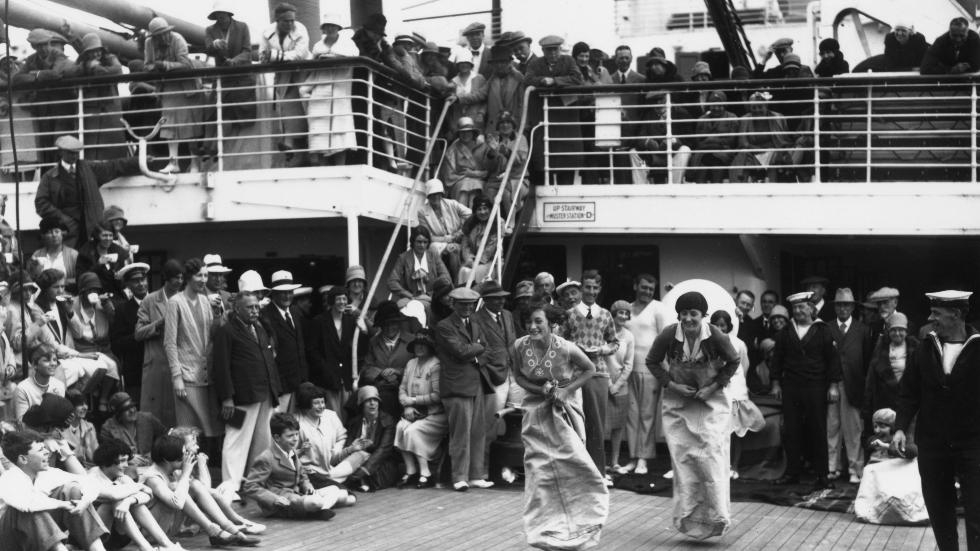 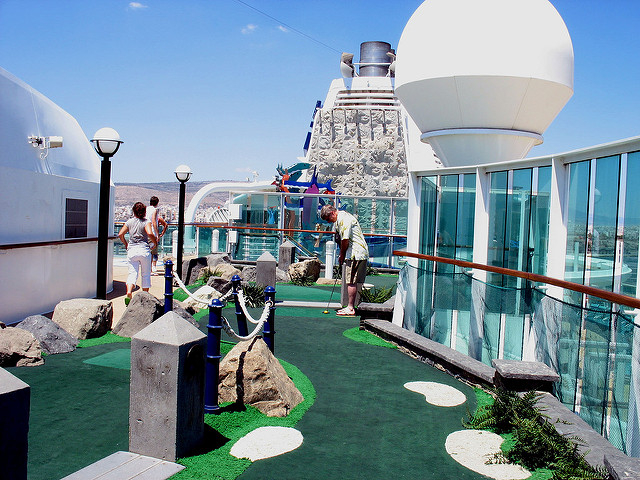 From its humble beginnings as a small, windowless dark room for 1, the
onboard spas have been transformed into large, sunny and open temples of
relaxation with dozens of rooms and attendants. Originally featuring only
massages and manicures, spas now offer guests a variety of treatments for
the entire body, including medi-spas that feature botox injections. 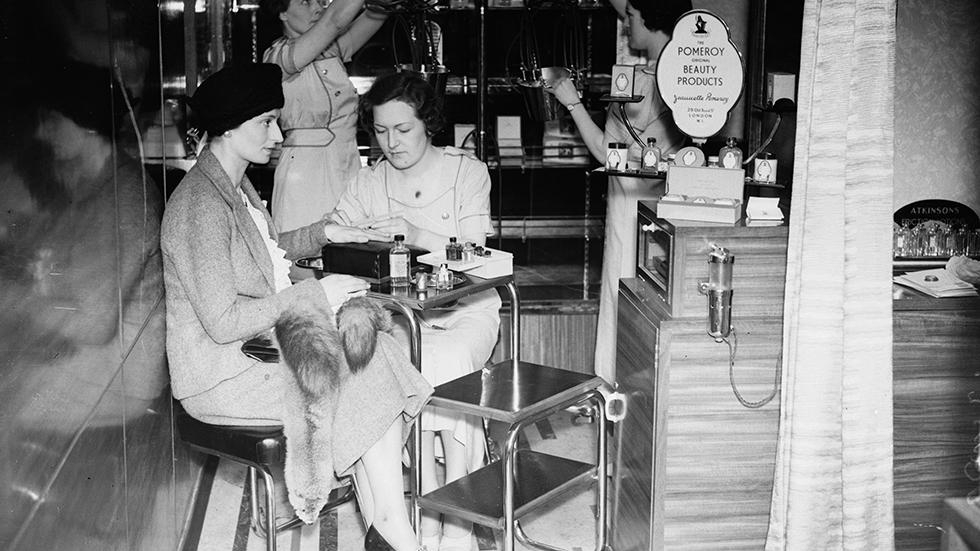 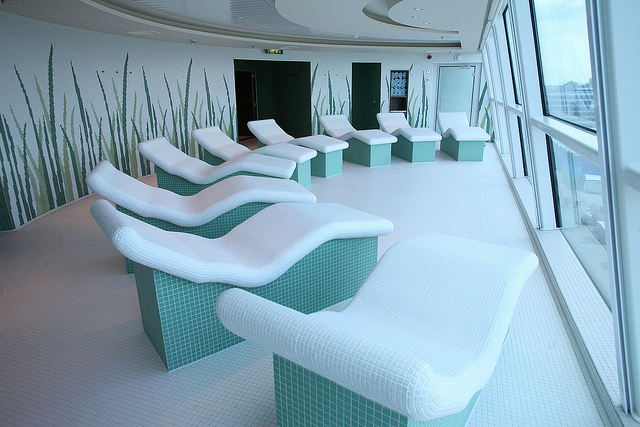 While onboard entertainment has always been a staple of cruising (think Sinatra and the Rat Pack back in the good ol days),todays sailings offer much more in the way of variety. A modern cruiser can enjoy everything from Broadway revues to orchestras, first-run movies, and everything in-between. Some of the more eclectic offerings as of 2016 include Discoveryat Sea with Princess Cruise Line (complete with onboard versions of the Deadliest Catch and Shark Week), to Cirque du Soleil onboard Norwegian ships. Even the kids can get in on the fun with musical theater via Disney Cruises, and variouskids club activities among most cruise lines. 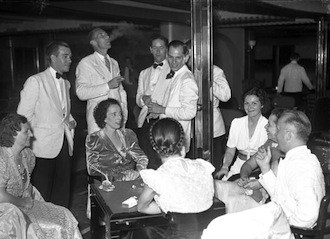 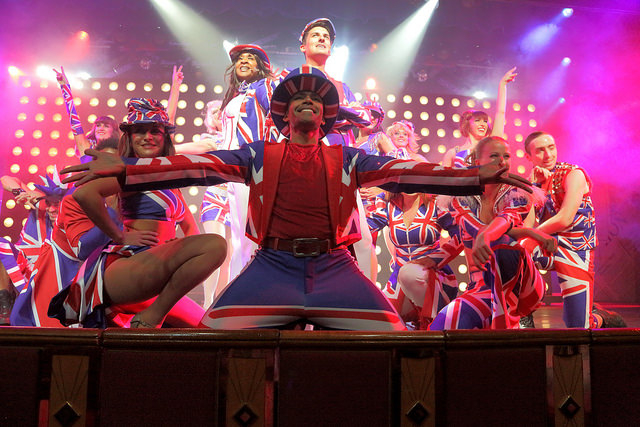 Working out onboard used to be a somewhat formal and stiff experience. Early gym guests would think nothing of donningtheir finest suits and petticoats before attacking the various mechanizedmonstrosities and cumbersome equipment, including mechanical horses, peg board climbingwalls, and iron bars. Todays body-conscious travelers have many more options, such as complete gyms with the latest machines, yoga, fitness classes of all types, dedicated pools, and even on-deck jogging tracks. 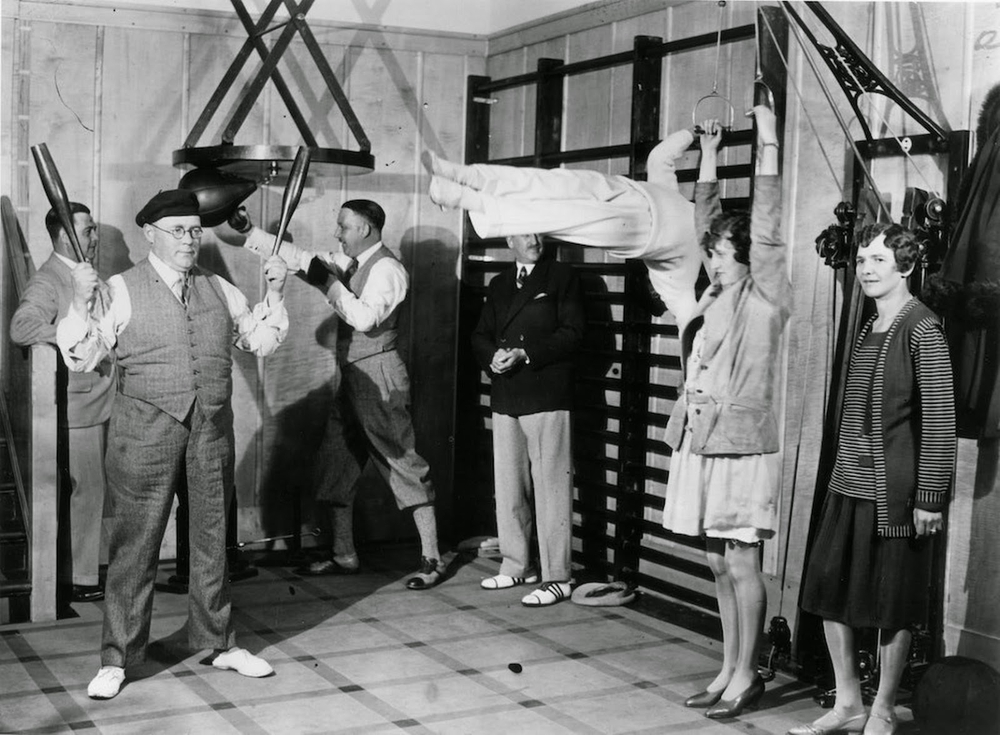 While the standard staterooms on many ships arerelatively similar in size and layout to the cabins of yesteryear, today there exist many more options in terms of style and comfort. Generally, modern ships make better use of smaller spaces, and some inside cabins even offer virtual portholes that project an image of the outside world as supplied by onboard cameras.There are also many more options for upgrades, from expansive balcony cabins to the awe-inspiring owners suites and penthouses available to the luxury-seekers. 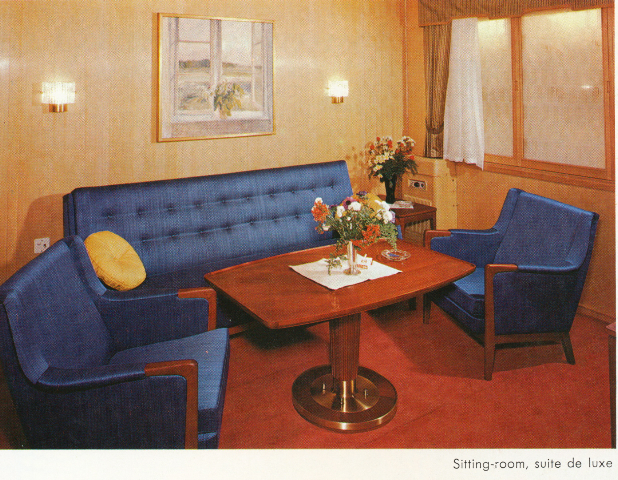 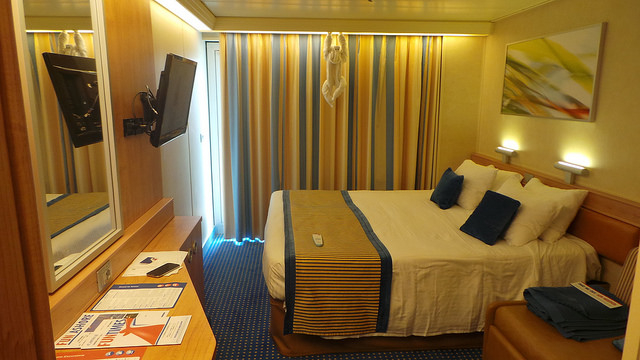 Like many travel options, what started off as suit-worthy luxury experience has, for the most, part morphed into a much more middle-class friendly and comfortable atmosphere for all guests. While there are still cruises with restaurants and events that require formal attire, themajority of sailings are much more laid-back than they used to be in terms of dress codes. Plus, who wants to pack suitcases full of tuxedos when flip-flops fit so much better? 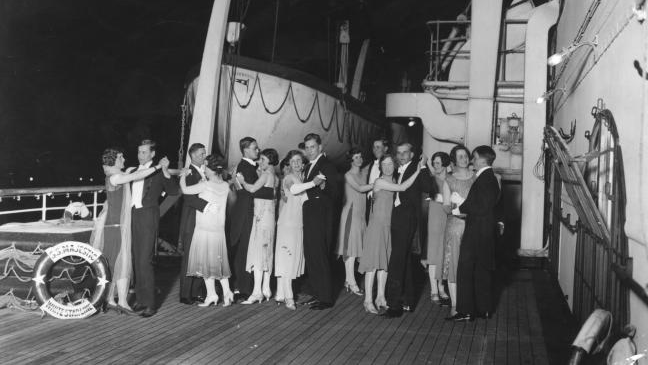 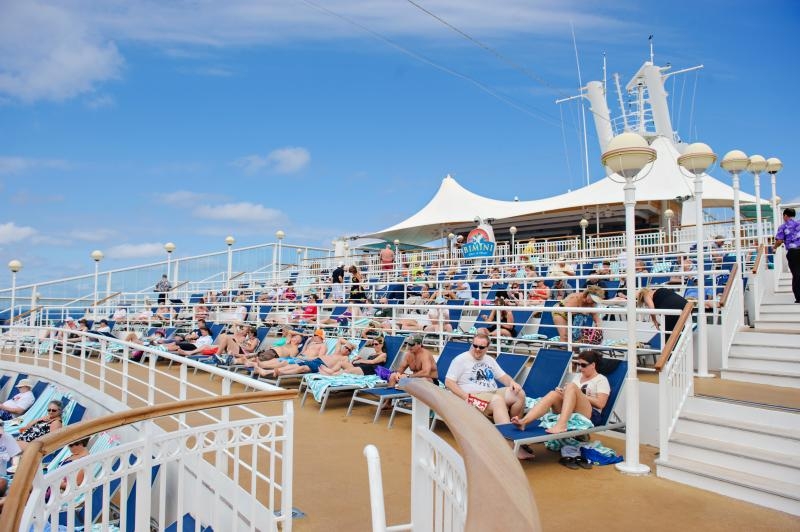 Want more from yesteryear? Take a glimpse into cruisinghistory onboard the SS Normandie in 1939:

So there you have it, just a few of the ways that cruises have changed since their humble beginnings. What is your favorite modern convenience of cruising; are there any from the bygone era that we have missed? Let us know on Facebook/DVTravelPerks, and on Twitter @DVTravelPerks.

"You all ROCK!  I have complete confidence in getting all the details and great pricing.  No gimmicks"
– Amber K. - RCCL Freedom of the Seas