Gary Smith received the 2018 CLIA Elite Cruise Counsellor of the Year Award, which is amongst the highest honor in the cruise industry. CLIA (Cruise Lines International Association) is the world's largest industry trade association and is the voice of authority in the industry. Each year CLIA awards an individual agent who has not only shown success in sales, but who has also shown significant professional development and impact on the cruise industry. Here at TravelPerks we are humbled to have been chosen.

We are proud that we have been members of the highest achievement awarded by Dream Vacations. In fact, we've won it every year since 2012.

Franchise of the Year

This is single highest honor given out by Dream Vacations / CruiseOne and we are the only organization to have won it twice. This award is for accomplishments in growth, service to the organization, and leadership within the organization. 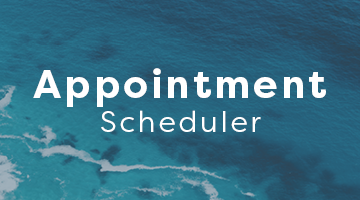 "You guys are awesome. ĀYou were very patient in taking my calls more than a few times, changed rooms according to our need couple of times and finally even sent the cash back check."
– Kesari - Carnival Miracle

"As we started out onour excursion in Juneau (to Mendenhall Glacier) there were a group of BaldEagles, in a certain area by Sandy Beach, and our tour guide made a quick,unexpected stop, so we could take photos. ĀIt was an amazing once-in-lifetime trip.ĀThank you for assisting us in our travel arrangements!"
– Colleen L. - Norwegian Pearl (Seattle to Alaska)

"TravelPerks has always taken such good care of our cruise plans and always provides updated information as it becomes available. We are lifetime customers of TravelPerks!"Ā
– Jeff W. - Celebrity Silhouette

"They take care of the customer and always keep you informed when you need to do something or when there is any changes - makes it worry free!"Ā
– Jeff R. - Crown Princess

"TravelPerks was excellent and very efficient to do business with. ĀAll our questions were answered in a timely fashion by phone and email and I liked the fact that all representatives worked with us as a team. ĀThank you for organizing an amazing week for us."Ā
– Lucille D. - RCCL Navigator of the Seas