Cruise to Italy for a Rich Cultural Experience 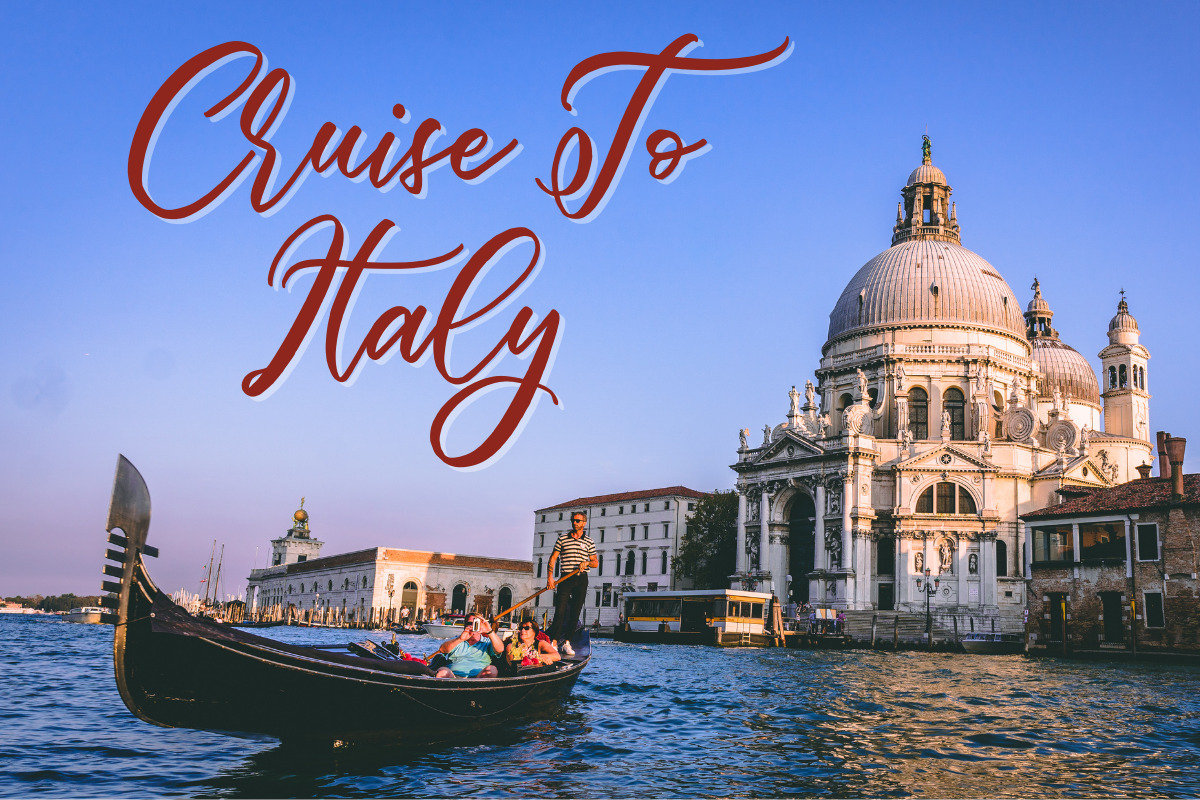 It's an understatement to say there's a lot to see and do in Italy. There's so much history layered in the land you'll almost need dedicated trips to each town. Suffice to say, there's a lot to look forward to on a cruise to Italy. Here are spots you won't want to miss in Tuscany, Rome, Southern Italy, and Sicily.

In Florence, start your travels by heading to the Basilica of San Miniato al Monte, which stands atop one of the highest points in Florence. It's a prime example of Tuscan Romanesque architecture and offers expansive views of the city. In addition to the Basilica, head to Museo di san Marco to view a beautiful 15th-century convent.

The Bustling Port of Livorno

Livorno is an impressive port city known as the gateway to Tuscany. It is one of the largest commercial ports on the Mediterranean Sea and contains an intricate system of canals. Ride down the canals in the New Venice (Quartiere Venezie) neighborhood to glimpse what commerce was like in the 17th century.

The Beautiful Town of Pisa

Heading from Livorno, you can quickly reach Pisa for a view of some majestic architecture. The most famous building is the Leaning Tower of Pisa, but it's worth visiting the Baptistry Duomo in Pisa's Campo Dei Miracoli (Field of Miracles). These structures offer excellent examples of 12th- and 13th-century Romanesque architecture and intricate Arabic-style patterns.

Today, Lucca is probably best known for its Torre Guinigi, an old medieval tower with a charming rooftop garden of Holm oaks. It towers 125 feet high and is one of Lucca's few remaining tower houses.

No cruise to Italy would be complete without visiting Rome. From ancient baths to the world-renowned Colosseum, Rome is truly a pinnacle of cultural history.

The National Roman Museum houses art from many different eras. The Palazzo Massimo, which is part of the National Roman Museum, is a neo-Renaissance-style palace containing some of the world's best archaeological and classical art collections. You'll also want to visit the Baths of Diocletian, which is an awe-inspiring bath complex that once housed a gymnasium, library, and hot, warm, and cold baths.

The Colosseum, also known as the Flavian Amphitheater, is perhaps one of the most well-known sites in Italy. Be sure to take a tour of the arena, which could once hold 80,000 spectators and housed games and gladiator tournaments.

There's nothing quite like visiting somewhere that transports you back to what feels like 1000s of years ago. The Vatican is such a place. It houses St. Peter's Square, one of the most important religious sites globally. Here you can admire St. Peter's Basilica, which is still one of the holiest shrines for followers of the Catholic religion.

Drift Down to Southern Italy

Heading south from Tuscany and Rome, you can experience the magic of Southern Italy. While the coastline is spectacular, nearly everywhere you travel in this region contains gems of ancient architecture.

Naples is a great place to start exploring Southern Italy. It's been sanctified as a UNESCO World Heritage site, and for a good reason. It contains the 16th-century Chiesa di San Gregorio Armeno, which nuns still guard. You'll also find the beautiful Duomo di Napoli (Naples Cathedral), the main church of Naples, and the Museo Archeologico Nazionale di Napoli, home to some very unique ancient Roman, Greek, and Renaissance artifacts.

An hour's drive south of Naples, you'll reach the wonderful seaside town of Sorrento on the Sorrentine Peninsula. While the town is great to explore on its own, it's a great jumping-off point to visit the island of Capri and the extraordinary Blue Grotto. From Sorrento, you can also visit Pompeii, an ancient city buried under ash from the eruption of Mount Vesuvius.

Just off the toe of Italy's boot, you'll reach Sicily, the largest island in the Mediterranean. It's an eclectic mixture of Hellenic, Roman, and Arab cultures and has a diverse geography, including mountains, vineyards, and beaches.

For a glimpse of ancient drama performances, head to the Greek Theater of Taormina. The Greek Theater also offers a spectacular view of the Calabrian Coast. Next, visit Syracuse to explore the Ear of Dionysius, a cave carved out of limestone in the Temenites Hills. Its name comes from how similar it looks to a human ear, and it has incredible acoustics. Finally, visit the Valley of Temples in Agrigento to explore ancient temples, including the Temple of Castor and Pollux, Concordia, and Heracles.

Travel to Italy with TravelPerks

If you've been craving an Italian vacation, we can help. TravelPerks can get you the best price on every vacation, including cruises to Italy. Plus, we can help you book offshore excursions, tours, and give you recommendations from experienced travelers. Contact us today to get started on planning your dream Italian vacation!

"TravelPerks has always taken such good care of our cruise plans and always provides updated information as it becomes available. We are lifetime customers of TravelPerks!"
– Jeff W. - Celebrity Silhouette